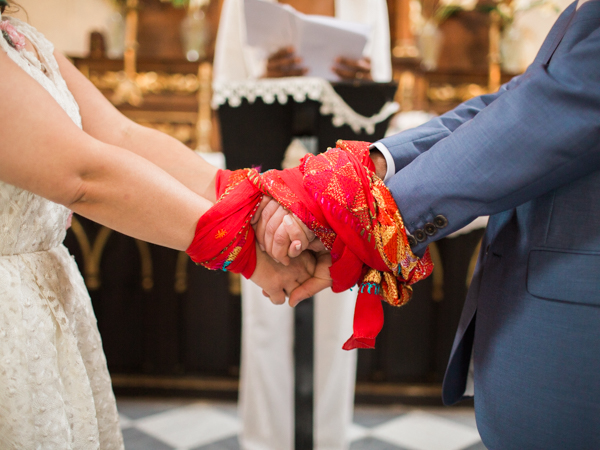 I’m still yet to think of a new phrase to replace that of ‘symbolic ritual,’ because no matter how I say it, the ‘ritual’ bit does always sounds a little witch-crafty. Or maybe that’s just me! But anyway, whatever it’s called ‘a symbolic ritual,’ or ‘a symbolic gesture,’ it is something that can add a whole new dimension to your ceremony and can allow you to bring a new, personal and sometimes fun element to your day.

In most Western wedding ceremonies the exchange of vows and wedding rings are the most symbolic elements which take place, important aspects which basically mark your commitment to each other and symbolise that you are a married couple.

However, more and more couples love the idea of taking part in a different type of symbolic ritual, usually before the vows and ring exchange, as another way to show their love for each other and what they mean to each other. And this basically is what a symbolic ritual is, a way to show your love and a way to express your love publicly in a unique and meaningful way. 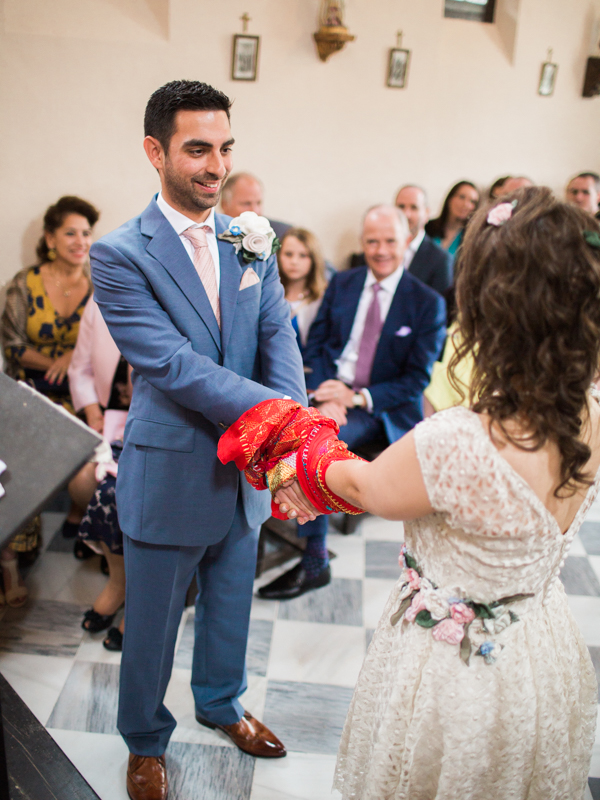 As with most non-compulsory parts of your ceremony, what you include is entirely down to you. Some couples decide that having a symbolic ritual in their ceremony isn’t for them. And fair enough, for some, it simply isn’t.

The key is to do your research. Here’s a good starting point for the most common symbolic rituals to include in your ceremony. Read through, dismiss the ones that make you feel icky and shortlist those that you instantly love. Read up on the symbolism and make sure that the meaning of each one resonates with you, because that’s the most important thing. If it doesn’t make you warm inside, then it’s probably not the ritual for you.

Also, check out the symbolic ritual section of the blog to see some other new and inspiring rituals which are gaining in popularity and giving couples original and unique ways to make their commitment to each other.

And speaking of meaning, it’s quite important to point out that the different symbolic rituals have different meanings and so don’t assume that they all embody the same sentiments. For example, the sand and candle rituals both have the same symbolism and represent the joining of two individuals or in a stronger sense, two individuals becoming one.

The wine ceremony is about acknowledging all of the good and the bad (the bitter and the sweet) of life and toasting to share them together. And the memory box ritual for example, doesn’t really have any symbolism at all. It’s more about taking the opportunity during your ceremony, to create some memories and to have your friends and family bear witness to it, just like the ring passing ritual is a way of involving all of your nearest and dearest during your ceremony and asking them to support your commitment.

So you see, symbolic rituals vary in meaning and significance which for me is a good thing, because it means the likelihood of finding one that you really like is high! Whoop whoop!

Another great thing about symbolic rituals is that once you’ve got the basis of them clear, you can then pretty much do what you like with them. They are basically yours to personalise and to make them fully in line with how you think and feel.

So for example, with the candle ceremony, it’s quite common for couples to get a beautiful personalised candle, with their names and wedding date on and sometimes a photo of them or lovely love quote, which they can keep afterwards as a memento. Others invite their mothers or another family representative to help light the candles with them, which makes for a special way to involve loved ones.

With the sand ceremony, some couples use sand from beaches that are personal to them, maybe their hometown or a place they visit together a lot, which makes the ritual even more symbolic and meaningful.

I’ve seen such a variety of materials used for hand-fasting rituals too. Colourful ribbons representing the Irish towns that their parents are from, hand-made silk scarves from India to represent the groom’s Indian heritage, the tie of a father who had passed away, the headscarf of a recently deceased grandma. There are so many ways to make rituals even more special than they already are and I love it when couples add a new twist to a ritual that I’ve not come across before.

There’s also no reason why you can’t have more than one symbolic ritual in your ceremony. I’ve seen couples have a combination of a candle ritual, passing of the rings and a wine ritual, too. If you like more than one ritual and wold love to include a couple in your ceremony, the important thing to remember is to try to pick symbolic rituals which have different symbolism. So for example, it wouldn’t really make sense to have a candle ritual and a sand ritual in the same ceremony, as they both represent the same thing. Whereas the candle ritual and the rose ritual would work because one is about unity and the other is about acknowledging the good and the bad things in life.

In a way, I’m kind of glad I’m not getting married now, because I think I’d go a bit ritual crazy. I seriously wouldn’t know what to choose between, as I love so many of them. I love the idea of the memory box and taking time selecting all of the things that I’d like to have filed away in it; a bottle of wine, our vows, a photo of us etc. One of my couples, selected ten people, who represented various family and friends, to put a surprise item in their wedding box. So it was really cool on the day to see these varying shaped items being placed in the box and wondering what they were. I was so intrigued that nosey me went round after the ceremony and asked everyone what they’d put in, ha ha! The couple have got another five years to find out but I already know!!!

I also love the wine ritual because er, I love wine and I think the passing of the rings is so special and I’d probably burst into tears seeing our rings being passed on, one by one to all our guests. Oh my, I’m getting really excited now, you’d think I was planning my own ceremony.