Noisy children at your wedding ceremony; nightmare or no problem? 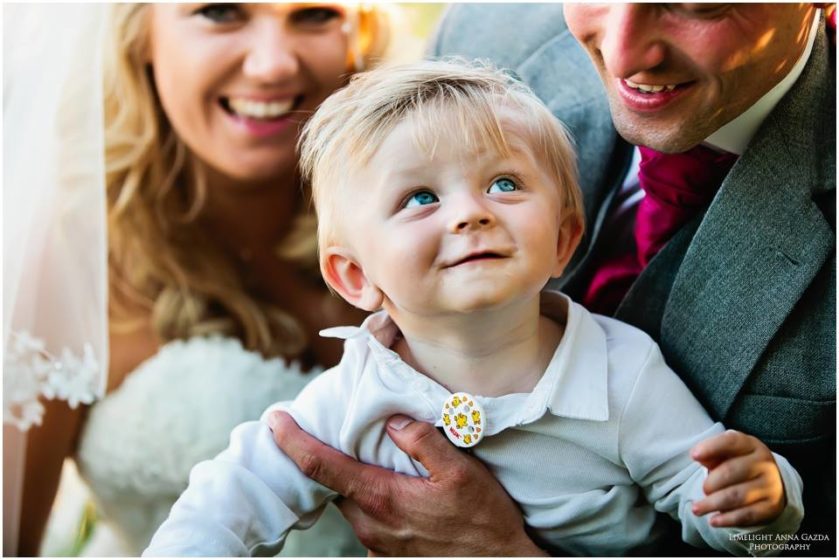 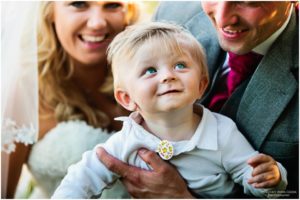 This wee smasher was actually a delight on his parents wedding day, but not all children are!!. Thanks to Anna Gazda for the image.

One of my lovely brides emailed me yesterday to ask my advice on noisy children during their ceremony. This gorgeous couple really have put a lot of effort into personalising their wedding ceremony and they really want to make sure that all their guests hear what is going on, so I totally understand that they don’t want the ceremony to be disturbed by any of the children who will also be attending. And so her question got me thinking, which naturally got me to writing this post!

What can we do about noisy monsters at wedding ceremonies?

She mentioned that they had been to ceremonies before where the proceedings were pretty much ruined by crying babies/naughty children and they really didn’t want the same for their own ceremony, understandably so! I know I have been a guest at weddings like this before and I’m sure you all have at one time or another. Many couples I marry, they themselves have young children, who sometimes want their mummy or daddy during the ceremony, and I have no problem with this at all. I think when a couple has small children they really aren’t too fussed if other children are noisy or disruptive either, and if anything it adds to the whole sense of the family occasion. BUT I think that when the bride and groom don’t have children maybe those of us that do, should be a bit more considerate about this.

In an ideal world, the parents of the offending little monsters, would see that their child is being a bit of a pain in the bum, to put it mildly and would remove themselves from the area to stop the disturbance. Right? Wrong! I don’t know why it is but not all parents are like this. Some parents think that shushing their child and bouncing them on one knee will suffice or that their little monkey will quieten down eventually. Maybe, but seeing that most ceremonies are only about thirty minutes long, even if it takes a child fifteen minutes to get back to being a nice little baby again, that’s half of the ceremony lost to wailing!

We were guests at a wedding recently, and I was also the celebrant too. I was so excited because my husband and baby were going to be there and my husband rarely gets to see any of my ceremonies. But lo and behold, because anything concerning kids is always going to have its challenges, minutes before the ceremony my son burnt his hand on a light of a path lamp that he had ironically switched on moments before. Where was my husband? Getting a beer! In fairness, our son was right next to him when it happened, but nonetheless, it happened. So to get back to the point, little man was very grizzly at the start of the ceremony and then minutes into the ceremony the grizzling turned into moaning and the moaning turned into yelps. Then there was a pause, then it was back to grizzling and the cycle started again. How typical that the only child disturbing the ceremony was my own! So off they went, so my husband could sort out his hand and where he couldn’t disturb the ceremony. Simples. But, and I can say this because I am at ceremonies all of the time, not many people do this.

Personally, a little grizzling and children chattering doesn’t bother me. My own rule of thumb is, if I have to raise my voice up a notch, then it probably is a little too noisy. Sometimes it’s quite funny to hear children making comments during the ceremony. ‘Daddy, what is that lady talking about? ‘Why is Uncle John crying?’ ‘Mummy, I need a pooh,’ said in their loudest voices. Chattering is fine but I think crying is different. The person tending to a crying child, at that point is no longer engaged in the ceremony, so why don’t they just leave? They aren’t listening, they can’t listen, so why don’t they take the child away so that everyone else can listen! You can always come back, when they have quietened down. I think there is also some thinking on the parents’ part that if they get up they’ll be disturbing the ceremony. But let me tell you now, getting up and excusing yourself, is way less disruptive than a crying baby!

So what do we do?

Some couples ask their friends and family members to leave children at home, for this very reason (among others)! But that sure can be a controversial move and you can also risk close friends not coming because they don’t want to be parted from their little monsters. We, in fact had to decline a wedding invitation recently because children were not invited. Don’t get me wrong, I’d happily go to a wedding without my little boy but this would have been a weekend of overseas celebrations without him, which logistically we could not, nor wanted to do.

So as we now also know that we can’t always rely on parents to see that their sweet cherubs may be a nuisance, we need to think of other ways to solve the problem. My bride suggested that I made a polite request at the beginning of the ceremony. Mmmh, I thought. I can imagine what those parents would feel like on being told that if their child is noisy, they must leave the ceremony, pretty please. I’m sure I would have unknown dagger eyes staring back at me and looks of ‘how dare you suggest that my little angel might be a nuisance!’ Personally, I think starting the ceremony with negative messages, is not the way to go. However, she has insisted I say something, so I will.

A couple of suggestions – if you are expecting a lot of children and babies at the ceremony then maybe it might be in your interest to offer a little creche service, where parents can drop off their babies and children for the duration of the ceremony. I have been to weddings with pop-up creches and I think they are a great idea. It can also be used throughout the day and evening, if your ceremony and reception are happening in the same place. I understand however, that this may not be practical or within a couple’s budget to do this.

Failing that, my suggestion, which is what I also made to my bride, is to use ceremony signage or order of service booklets to make some polite requests. Sometimes, I think tricky requests masked by beautifully written words, can deliver a message much more nicely, than a celebrant reeling off a list of ‘Dos and Donts’ before the start of the ceremony. Some people even add notes like this to their wedding invites, in the hope that people will retain the info by the time the big day arrives.

I would love to know what you think. Are you not bothered by noisy children at wedding ceremonies? Or do you find it a royal pain in the bum? What are you doing to try and avoid this? Or are you tearing your hair out at the thought?