How to have an awesome group sing-along during your ceremony 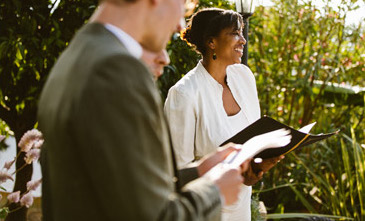 I don’t know about you, but singing gives me so much joy. In my mind, I am Beyoncé. Scratch that. I’m better than Beyoncé. It’s just a shame that in reality, my singing voice doesn’t match my enthusiasm. If it did, I would be world famous!

So, you can imagine how much I love it when couples decide they would love to have some singing during their ceremony, not just from a singer but actual group singing, by them and their guests. Not only do I get to exercise my vocals and open my heart, but I also get to be a part of something fun, loving and heart-warming with the happy couple and all their guests. Result!

If you feel the same about singing, why not think about doing something like this during your ceremony?

Singing really does open the soul. Me doing my best Bey impression. Photo by Andreas Holm.

A little bit of soul

Traditionally, hymns have always been sung at church weddings. And I must admit, even as a child, going to church on the odd occasion with my grandmother, the singing was the only bit I loved and actually couldn’t wait for.

There really is something so lovely and special about group singing. Everyone may start off a little nervous and unsure but by the end of it, the roof, whether there is one or not, will seriously have been raised.

As a celebrant, it has been so amazing to witness the vibe that has been created by having a group sing-along. The singing, the swaying, the clapping, the soul. You can’t beat it. And to get really over-the-top mushy, it really does give a huge feeling of unity and togetherness, even if that feeling is ‘hey we’ve all just made total fools of ourselves and so what, because it was bloody marvellous!’ Singing is winning!

So what can you sing when your ceremony is a) far from traditional and b) not religious? The answer to that is, anything-the-hell-you-want! That’s the great thing about non-traditional, breaking-the-mould wedding ceremonies. You say what goes.

I have heard all manner of Beatles songs, because let’s face it, their songs are probably some of the most famous in the world, which span many generations, so you can’t really go wrong with a Beatles song. Popular ones include ‘All you need is love,’ ‘I want to hold your hand, and ‘Here comes the sun.’ 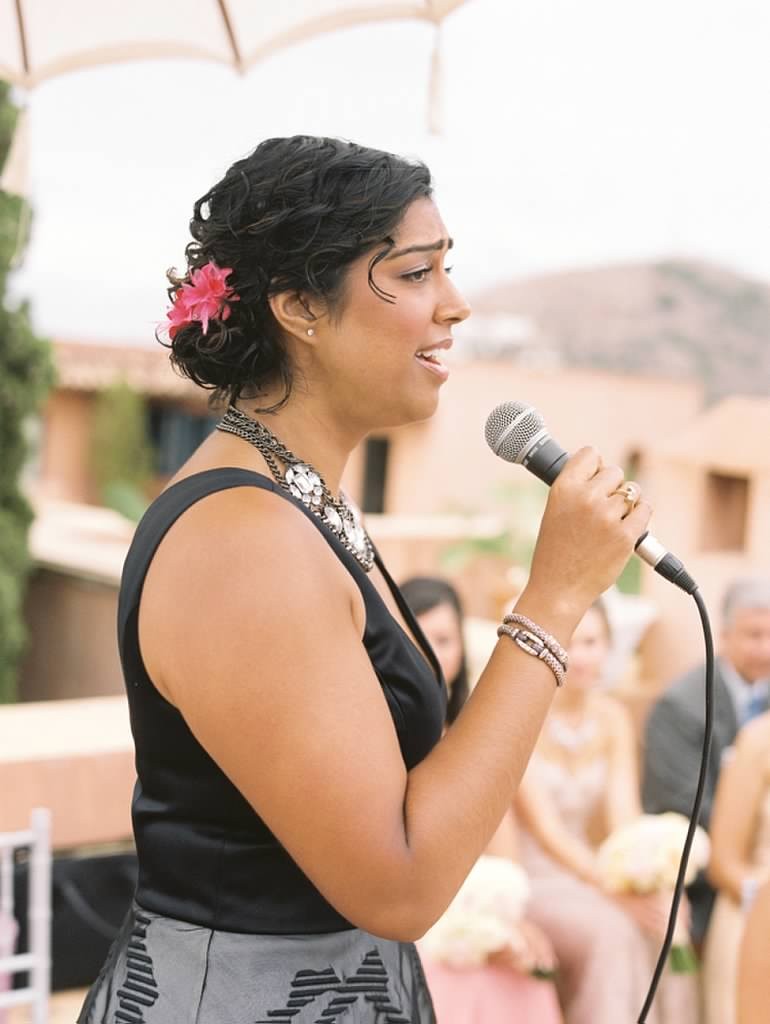 Having a lead singer to guide the group is always a good idea. At least they’ll be one good, strong voice amongst the rest! Photo by Joseba Sandoval at Romance Weddings

As you can have whatever the bloody hell you like, I think the key thing to remember when picking a song, is to have something easy to sing. Here are some other tips.

I have this amazing idea for a wedding sing-along. I swear whenever we get around to renewing our own vows, we are definitely going to do this in our ceremony. I am obsessed with duets; Marvin Gaye & Tammy Tyrell, Diana Ross & Lionel Ritchie and even a bit of modern day Nelly Furtado and James Morrison. So my idea would be to have a group sing-along of Endless Love by Lionel and Diana, but with a little twist.

a) I would divide the guests into girls vs boys (it only takes a few minutes, if that, to get everyone to move seats, and so what if it takes longer, it’s going to be awesome!)

b) Get everyone to get their lyrics ready.

c) Put the backing track on.

d) Get ready for the most awesome of duets ever. A roomful of Lionels and Dianas.

“Two hearts, two hearts that beat as one, our lives have just begun.’

Oh my goodness, I’m going to pee myself. I love this idea so much. I want to do it NOW. Are you feeling this, as much as I am? I so know already that the girls would be better than the boys, ha ha!

There are so many other duets you could do this with and it needn’t be just duets either. You can have any song that you can divide into parts, with maybe one half of the guests singing one verse, the others the other verse and everyone singing the chorus. I quite like this alternating idea, too!

So have I whipped you up into a singing frenzy, as much as I am in one? I hope so.