An awesome reading for geeks and zombie lovers 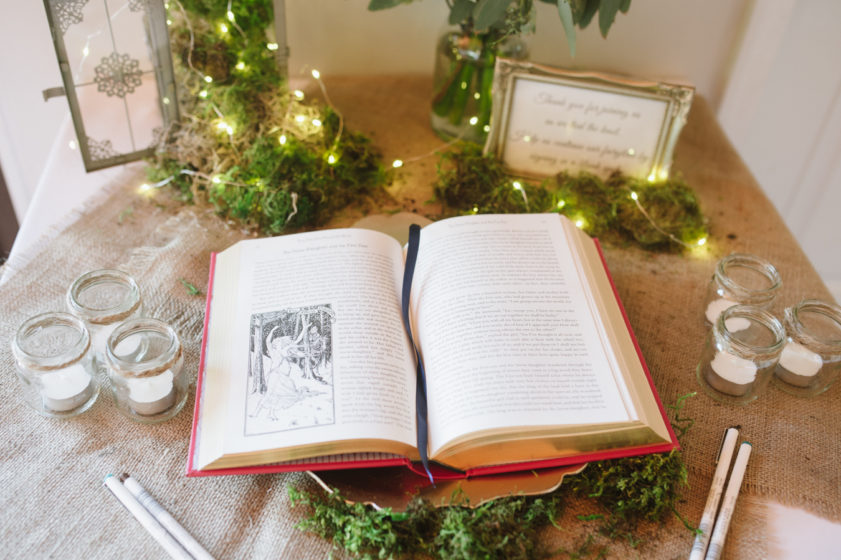 Now, you now I am always on the look out for new readings, well, new to me readings, which I then love to share with you, because sharing is caring after all, and if we don’t spread our knowledge how will we ever be inspired?

There has been a big shift in the last few years of ceremonies getting full-on geeky, with couples using their moment to express their love for each other whilst bringing in their love for all things sci-fi, fantasy and downright geeky. I have loved hearing vows this year that have mentioned what couples would do if bitten by zombies or promising to be one’s Daenerys to the other’s Khal. Because fantasy/sci-fi/geekery/nerdiness/ is pretty huge you know. There is a reason why films like Guardians of the Galaxy gross 773.3 million USD at the box office. Yup! Because people are nuts for this kind of stuff. I’ve said this a thousand times, but my Game of Thrones vows post is THE most read, most popular blog post on this site. I just checked my blog stats and it’s been clicked on twenty times already in the last 24 hours!!

So let me introduce to you my new find, which I appreciate may not be new to you, but I thought I’d share it anyway. I love this reading. For its geekery, its uniqueness and its originality. It’s written by sci-fi writer Tim Pratt, and he wrote it for his wife for Valentine’s Day a few years ago. He’s a keeper, surely? I challenge you to love it as much as I do.

If starship travel from our
Earth to some far
star and back again
at velocities approaching the speed
of light made you younger than me
due to the relativistic effects
of time dilation,
I’d show up on your doorstep hoping
you’d developed a thing for older men,
and I’d ask you to show me everything you
learned to pass the time
out there in the endless void
of night.

If we were the sole survivors
of a zombie apocalypse
and you were bitten and transformed
into a walking corpse
I wouldn’t even pick up my
assault shotgun,
I’d just let you take a bite
out of me, because I’d rather be
undead forever
with you
than alive alone
without you.

If I had a time machine, I’d go back
to the days of your youth
to see how you became the someone
I love so much today, and then
I’d return to the moment we first met
just so I could see my own face
when I saw your face
for the first time,
and okay,
I’d probably travel to the time
when we were a young couple
and try to get a three-way
going. I never understood
why more time travelers don’t do
that sort of thing.

If the alien invaders come
and hover in stern judgment
over our cities, trying to decide
whether to invite us to the Galactic
Federation of Confederated
Galaxies or if instead
a little genocide is called for,
I think our love could be a powerful
argument for the continued preservation
of humanity in general, or at least,
of you and me
in particular.

If we were captives together
in an alien zoo, I’d try to make
the best of it, cultivate a streak
of xeno-exhibitionism,
waggle my eyebrows, and make jokes
about breeding in captivity.

If I became lost in
the multiverse, exploring
infinite parallel dimensions, my
only criterion for settling
down somewhere would be
whether or not I could find you:
and once I did, I’d stay there even
if it was a world ruled by giant spider-
priests, or one where killer
robots won the Civil War, or even
a world where sandwiches
were never invented, because
you’d make it the best
of all possible worlds anyway,
and plus
we could get rich
off inventing sandwiches.

If the Singularity comes
and we upload our minds into a vast
computer simulation of near-infinite
complexity and perfect resolution,
and become capable of experiencing any
fantasy, exploring worlds bound only
by our enhanced imaginations,
I’d still spend at least 10^21 processing
cycles a month just sitting
on a virtual couch with you,
watching virtual TV,
eating virtual fajitas,
holding virtual hands,
and wishing
for the real thing.

So, do you love it as much as I do? I think this is a fab reading to include in your ceremony if you’re a full on sci-fi/fantasy geek or even if you’re not a full on fan but are definitely a little partial to The Walking Dead or the odd episode of The Big Bang Theory.

Three cheers to Tim Pratt anyway for bringing this awesome sci-fi geekery of a reading into the real world.