A day in the life of a best man 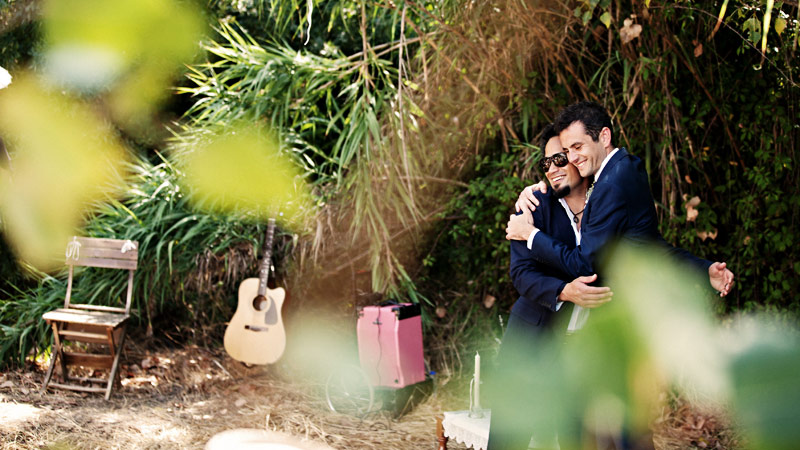 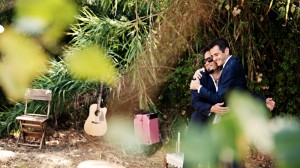 A best man always has his groom’s back. Photo Andreas Holm

My goodness, best men really do have a tough deal, don’t they? And I say that without an ounce of sarcasm in my voice. A role not to be dished out lightly and not to be accepted lightly, either, it really is a full-on-job for the chosen one.

From the minute a best man learns he is to be a best man, the first word that usually pops into his head is ‘SPEECH!’ I say ‘pop’ but really I mean chiselled with a pickaxe onto his brain. Yes, the speech is a big deal but there is also a lot to be done before they even get to that point in the day!

In a nutshell, a best man will be his groom’s right-hand man, PA, dresser, butler, manager, agent, publicist and bodyguard (have I left anything out?) all over the course of the day and not forgetting the Stag Do, too. No wonder at the end of the wedding day, the best man is usually the most drunk and the most outrageous person of all. He really does need to let his hair down after the build up he has had!

A soldiers work is never done 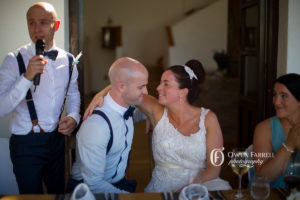 Speech time. Not the only thing a best man has to worry about! Photo Owen Farrell

Okay, so being a best man is not quite en par with being in the army, but a best man is a soldier of sorts.  From the morning of the wedding, he will be with the groom, obeying his commands, catering to his every need and making sure that the groom is relaxed and ready for what is ahead.

He will help directing the ushers (if any), will wait at the front of the ceremonial area with the groom, will be in charge of the rings, and if there is no ring bearer or appointed person to bear the rings, he will be the person to present them. And he does all of this before he’s even had a chance to go through his speech for the umpteenth time.

I recently did a ceremony where the couple wanted to make their best man an active part of the ceremony itself. They had two best men in fact and in the end they decided to have the first best man ask their vows to them and their second best man had his own ring pledge to respond to when he handed over the rings to the couple. It was so sweet and they were all in tears. You can read in more detail about what they did.

Along with the traditional role, there are many new ideas, perhaps ones you’ve not even thought of yet, to make the honour of being a best man, even more special. I’ve seen best man play music during the ceremony, do a reading, help to nail a memory box shut and sing a song. Not the same best man, obviously! Whatever you get your best man to do, it will be a special role for a special person.

So credit should be given where credit is due. A Best man really is just that.