The truth about wedding night sex 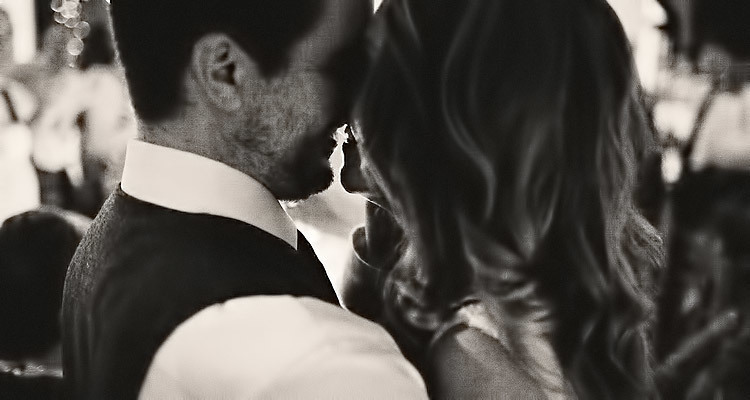 I must confess, this post is not really about what this title says it is about, I just called it that to get you to read the post! But to be fair and so you know that I’m not a complete bare-faced liar, this post is about wedding night sex, it’s just not about the ‘truth,’ of it, because do you know what? I don’t know what the truth of it is.

But I am very interested (nosey) in the whole idea of sex on your wedding night, that time where you get to bump uglies as an actual, real grown-up married couple. And I often wonder if it is something that is or should be a big deal.

In the olden days, before marriage contracts existed, the only way a marriage was truly validated was once the couple had got their groove on and did some serious bed-banging time. In some cultures, it was totally normally for a) a couple to leave their reception to a rapturous applause with the specific purpose of leaving to go and have sex and b) for a small party of nominated people to go and listen at the door to make sure they could hear or see them having sex. Yikes! Nowadays we’d call that kind of thing, kinky! But anyway, this is where the idea of consummating a marriage came from.

So let’s jump ahead and have a look at how this works in this day and age and the only way I can do that really is to look at my own story, as that’s the only one I know! Anyway, to cut a very short story even shorter, no, we did not have sex on our wedding night. We couldn’t even walk by the time our night came to an end. Or actually should I say, my husband could not even walk. I, on the other hand was the epitome of sobriety, ha ha but I couldn’t walk because my feet were killing me!

We had so much fun at our wedding party. It was probably the best party we’ve ever been to, even now! We had all of our family and friends around us, and we just did not want the evening to end. Unlike my husband however, I have a really good in-built system for telling me when the evening should end, when it’s time to go home and when the alcohol intake should stop. My husband on the other hand, will keep drinking until he is no longer physically capable of holding his drink!

As the night went on I was getting increasingly anxious that our wedding night was not going to end in the fairytale way that it was supposed to. You know, the ones in the films when the couple leave their reception to an applause and a limousine whisks them away to their fancy hotel for the night, where the bride is carried over the threshold and lovingly placed on top of the king-size bed that has been sprinkled with rose petals. The boudoir of love that will see the most sensual of love-making take place, as the newlyweds congratulate themselves on becoming husband and wife.

This just did not happen. In any shape or form.

The only thing that speaks truth for us is that of the bed covered in rose petals, which was a very lovely gesture from our hotel, which was totally and utterly wasted on us. There was no applause when we left our reception, because there was no-one to applaud us. We were the last to leave! The limousine was a taxi and the only movement over the threshold was us stumbling over it. My husband collapsed, drunk on to the bed and I collapsed drunk with exhaustion. There was no love-making but lots of snoring and inebriated sleep-talking. When we woke the next morning, we were fully dressed and my husband had a rose petal in his mouth and I had them stuck in my morning afro.

Not a good look.

I must admit, I was upset the next day. I was sad that we were the last to leave our party and that we did not have the fairytale end and epic love-making that I had been expecting. I’d even bought fancy negligé and all. But then my husband’s response to my  concerns was simple, ‘but we had such an amazing time,’ he said. And, do you know what, he was absolutely right. Our wedding day was fabulous.

Now when I think back to that night, I wish I had not been stressing so much towards the end about how our wedding night would end. I would have appreciated my husband’s break-dancing more and would have necked a least one more Tequila shot and not been so annoyed that he was drinking for both of us. I would have joined in with the spontaneous group songs and would have kissed and cuddled everyone more than I already had. And I would have been totally proud that my husband and I were so hardcore that we were the last men standing at our own wedding! Get in there!

And that I think is the moral of this story. Don’t have expectations of how your wedding night should end. Just let the evening be what it is. If you get to have the most mind-blowing awesome newly-married sex on your wedding night, good for you. If you end up in bed together, happy, drunk and fully dressed, good for you. Just let whatever happens happen (although ending up in anyone else’s bed without your husband is probably not a good idea).

Personally, I would love to high-five anyone who manages to have sex on their wedding night. That deserves a medal, a bunch of flowers and may be even a full-on curtsey. To have the energy, stamina and desire to bump uglies after an emotional roller-coaster of a wedding day is pretty impressive.

The day after our wedding, we left for our honeymoon and let’s just we made up for our wedding night lack of lust. Whoop!

Your wedding night is just one night in a whole host of nights that you’ll be sharing with your love bunny for the rest of your lives and giving yourself unrealistic expectations of any part of your wedding day, let alone your wedding night does nobody any favours. Just let it be what it is and hopefully, everyone will be happy.

Are you planning on a fairytale ending for your big day or do you imagine/know you’ll be in no fit state for romance? I’d love to hear from you. Let me know in the comments below.