Renewing your vows: A celebration of your marriage 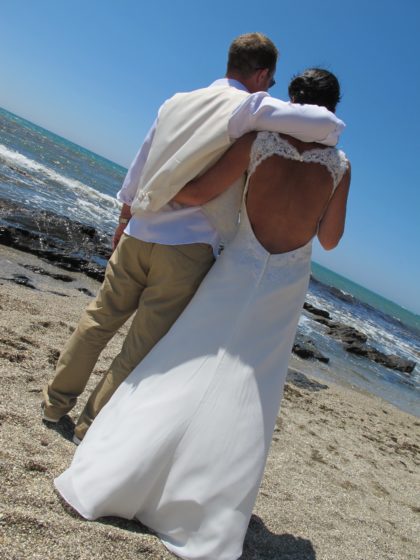 Although wedding ceremonies are by far the most popular ceremonies that I officiate, over the years and recent months I have seen a growing trend in married couples wanting to renew their wedding vows. There was a time when people thought that the renewal of vows was something that was done when a couple had experienced difficult times. This may be the case for some, but many couples, especially those that I have officiated for, they have renewed their vows to mark an anniversary or simply to celebrate their commitment that they have made to each other. Singer Seal and wife Heidi Klum renew their vows every year! 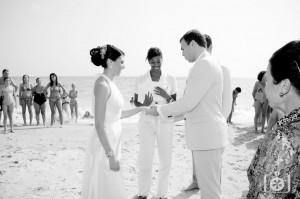 A vow renewal means you can do all the things you didn’t do the first time around. Photo by Becky Sharpe Photography

One couple I performed a ceremony for a few years ago, were celebrating ten years of marriage. They had met when one of them had an interview at the others’ office and ten weeks later they were married! They had very few family or friends at their wedding and so wanted to use their ten year anniversary to reaffirm their vows in front of all of their friends and relatives. Last year, I performed a ceremony for another couple who had only been married for three years, but again had not had many people present at their original ceremony. So they took the opportunity of a family holiday in Spain to renew their vows and celebrate with all their loved ones. 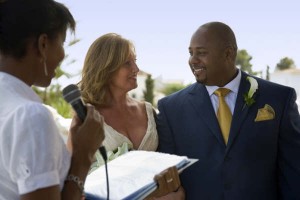 A vow renewal is a chance to re-confirm your love to your partner. Photo by Talia Giraudo

There are no rules for when to have a vow renewal. It does not have to mark a specific anniversary or date. I have done ceremonies to celebrate seven years of marriage, twenty-two years of marriage and just recently, one year! It’s about the couple making a decision to have a vow renewal ceremony because they feel it’s something they want to do and because they feel it’s the right time to do it.

Here are some reasons for a vow renewal ceremony;

Whatever the reason for a vow renewal ceremony, the main thing to remember is that it is your way to express your love, commitment and respect for your partner in the manner of your choosing. Sometimes, we take our relationships for granted and forget the beautiful things that being in a partnership has created. Sometimes we forget how inspiring our partners are to us, and forget about the little, silly things that made us fall in love with them in the first place. A vow renewal ceremony can help us to remember. Above all, marriage is an achievement, and something to be proud of and celebrated whenever you can, how ever long you’ve been married!

If you love the blog and all that Engaged and Read

If people can't see your teeth on your wedding day