Everything you need to know about the honey ritual 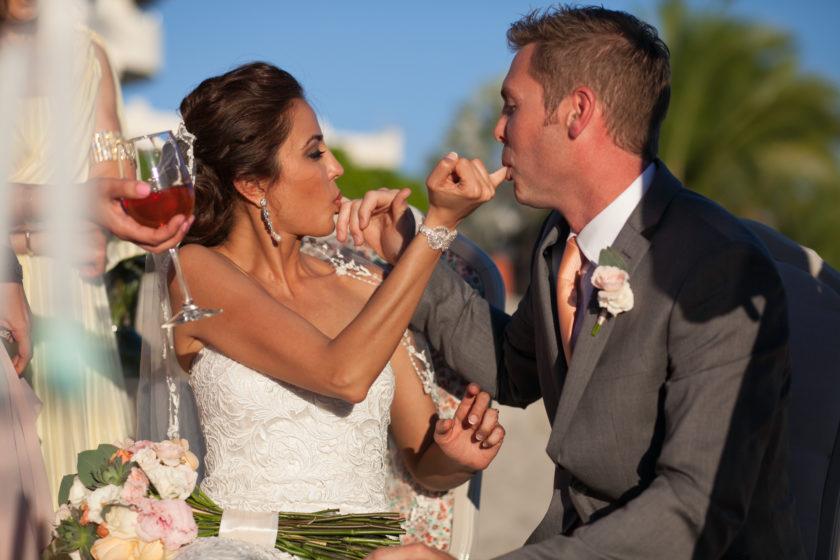 As well as saying lovely words to your love bunny during your ceremony through your vows, some couples like to include a symbolic act, other than exchanging rings, to signify their commitment to each other in another special way.

There are so many symbolic rituals that you can do during your ceremony, from traditional to modern ones, fun ones, family orientated ones and some couples even devise their own, which I love.

All about the honey 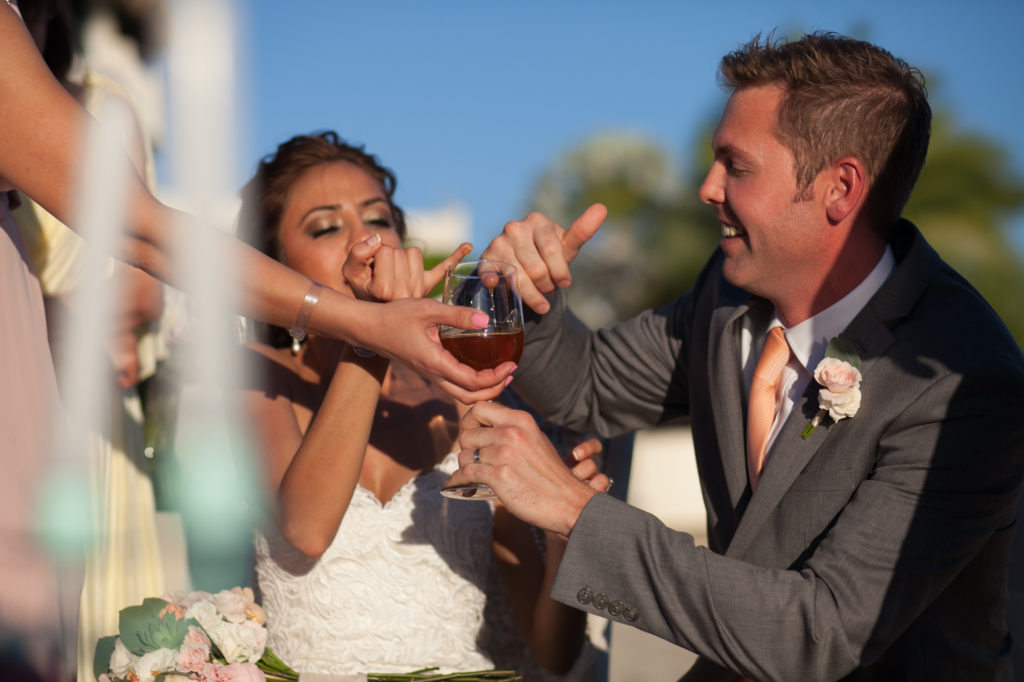 The honey ritual isn’t just sweet (literally) but can be lots of fun too.

So let me introduce to you the honey ritual, a stunning symbolic act which is steeped in Persian roots and is full of meaning and if you’re anything like me, any ritual which allows you to have a snack during your ceremony is always going to get top marks!

Honey is not only deliciously tasty but very symbolic. The honey represents the sweetness of life, which I think is a really powerful element to have in a ritual, especially as honey is a natural product made by bees, who we share this earthly space with, so I think it is very symbolic in this way too.

As well as sweetness, honey also represents sustenance and all good things that couples would want for each other during their lives together.

To include the honey ritual in your ceremony, all you need is some honey and a glass. If you wanted to you could find/buy a nice ornate glass for the honey, so that it makes a pretty feature for your ceremony table, as well as being an important element in the ceremony too. And as you are only going to be dipping a fingertip into it, you really don’t need too much. 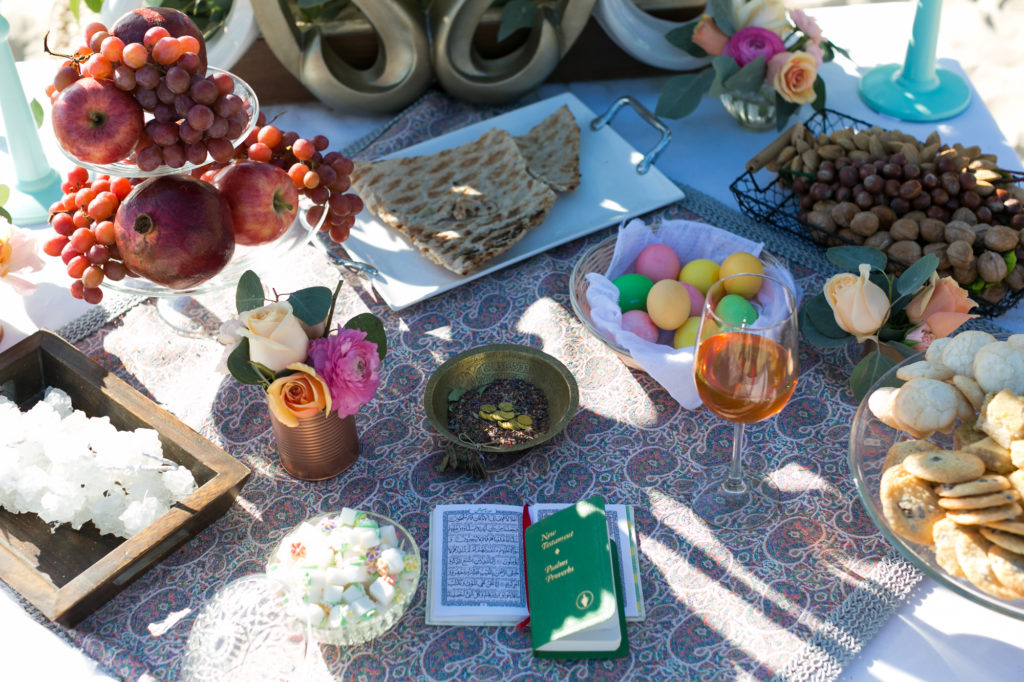 Pour the honey into an ornate glass or even a wine glass, any vessel with a big enough neck to fit your fingertip in. Lay the glass out on your ceremony table, ready for when the ritual takes place.

So before saying your vows to each other, your celebrant or whoever is leading your ceremony, will introduce the idea of the honey ritual and perhaps explain a little about what the meaning is behind it. They can then instruct you to scoop up some honey on to your little finger (pinky finger) and feed honey to each other. Some couples feed the honey to each other at the same time (which can be hilarious) or others do it one by one (which can still be hilarious!). There is no right or wrong way.

I think this is a really lovely addition to the ritual, as it not only honours your mothers and gives them a role during your ceremony, but their involvement adds more symbolism to the ceremony. Them pouring the honey for you is their way of adding their blessings, love and good wishes for the two of you, too.

If you choose this alternative, I would recommend sourcing a nice pouring honey, which is a bit thinner than normal thick honey, and it won’t have your mums standing there for way too long trying to get the honey from one place to the other! You’d also need a small pouring vessel, which will make it easy to pour the honey into the smaller honey cup.

You could also have a cup bearer, someone who brings the honey cup to you and holds it whilst you both dip into it. This could be a nice job for someone special.

To add some more personalisations to this ritual, you could even buy honey which is local to you. This would mean that not only are you making a lovely symbolic gesture to each other but you’re using honey from the area where you live, which adds to the personal nature of the ceremony. Or enrol on a honey-making workshop and make your own for the ceremony! How cool would that be? 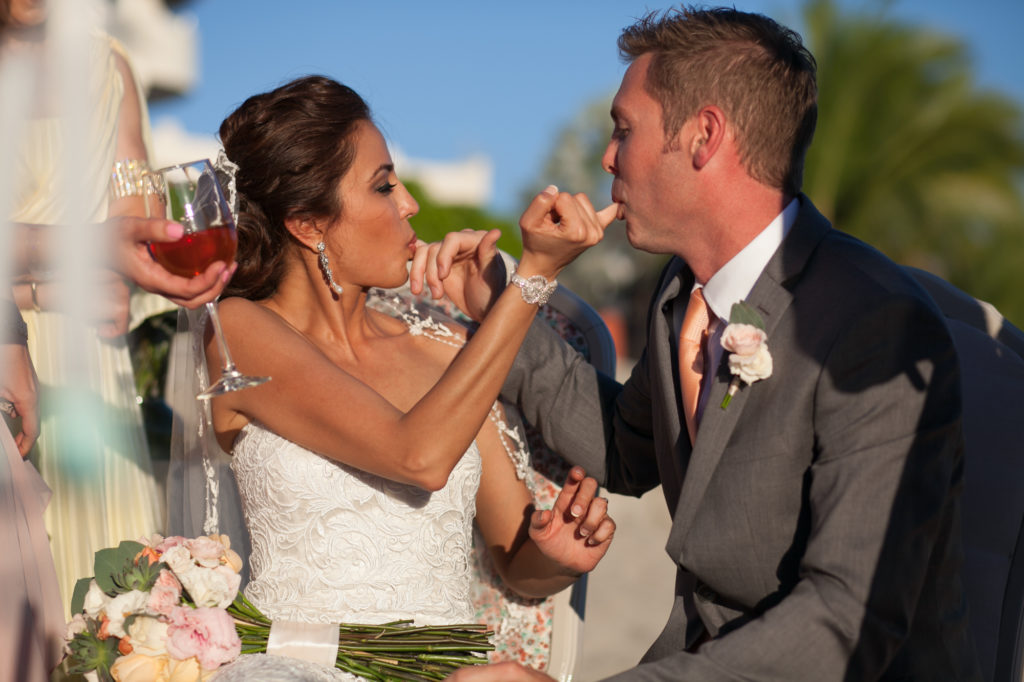 At a ceremony where I saw my first honey ritual, the bride had placed a small pack of wipes on the table, which I thought was a very good idea. So before we moved on to the next element of the ceremony, she and her groom were able to wipe their hands! A sticky finger on a hot day is probably a bit icky.

Also, if you’re going to be doing the honey ritual outside in a garden area, you might want to have the honey cup covered over, with a small lid or cling film. You don’t want to be inviting all the garden insects into your honey pot, before you’ve dipped your finger into it.

Why include it in your ceremony?

Although, this ritual is of Persian origin, you by no means have to be of Persian origin yourself to include it in your ceremony. It’s the symbolism and the meaning of the ritual that counts.