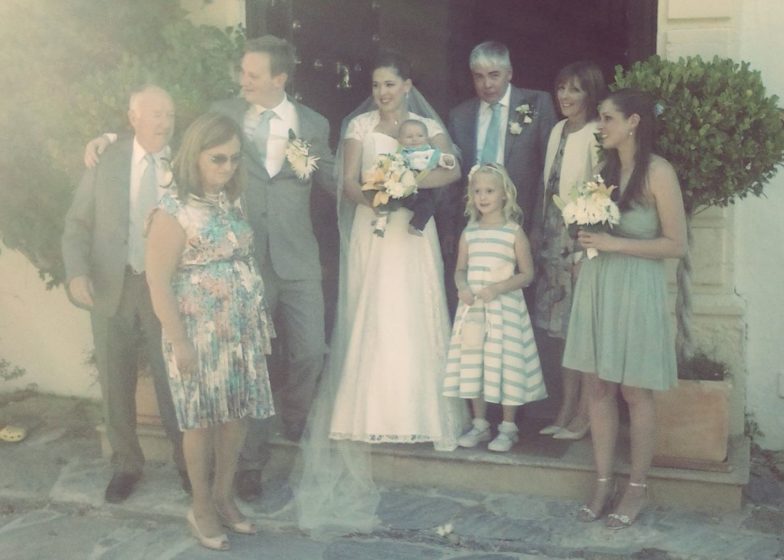 Wonderful ways to include children in wedding ceremonies 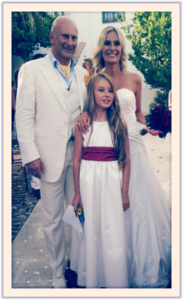 We live in a world where many children have the pleasure of being at their parent’s wedding ceremony and get to see their mum or dad marrying someone who makes them happy. It is now very normal and very much encouraged to involve a child or children of the married-couple-to-be, not only on the big day in question but during the ceremony itself.

Throughout all my years of being a wedding celebrant, I have been lucky enough to witness the fantastic ways that couples have been able to make their commitment to each other and their children and step-children alike, making sure that all members of the family feel that the special day is as much about them as it is their parents or step parent.

Starting with the ceremony, there are so many ways that children can be an important feature and have a significant role during the wedding day. One couple I married a few years ago had five children between them and they did not think for one moment that their children would not play a great part in their wedding ceremony.

One couple I married a few years ago had five children between them and they did not think for one moment that their children would not play a great part in their wedding ceremony.

At the beginning of the ceremony, the bride and groom entered hand in hand, preceded by their five children. Then during the ceremony each child had written their own thoughts, poems, readings for their parents which they took turns to read out, right from the five year-old up to the teenager. And when their parents said their vows to each other, they created their own pledges that were not only to each other but also to their children. It was truly a beautiful family affair. During another children-centered ceremony, the couples’ children along with some of the children of their friends and family members sang ‘Bare Necessities,’ from the Jungle Book. Needless, to say there were many tears of joy and laughter at their very sweet albeit higgledy-piggledy rendition. These are just a few of many possible ideas. 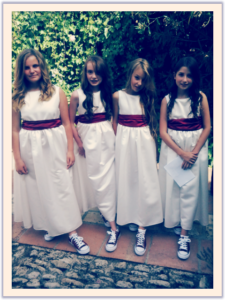 A child can bring so much colour (literally!) and light to a ceremony

Wedding vows are a very special way of formally acknowledging the love that parents have for their children and step-children and also gives them the opportunity to express their love and commitment to them publicly. Some couples choose to respond to a question vow, which is asked of them and then follow on with their own pledges to their partners and their children. Using a vow to express your commitment to your children, is possibly one of the most powerful and heartfelt gestures a parent can offer their child in this situation.

An example of a beautiful vow which incorporates a couple’s children;

Me: Angelina do you now choose Brad to be your husband? Do you promise to share you life with him, and pledge that you will love him, honour him and care for him during the changing circumstances of your lives? And as for the home you have already built together and the children you have together do you promise to uphold these vows to each other and your children?

Children can even have their own vow to say, which gives them a chance to voice their love and support for the parents or mum or dad. 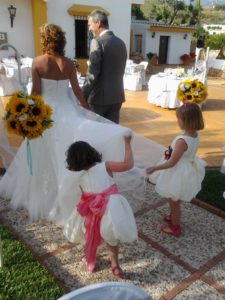 And they can be very useful too!

Acknowledging an existing child, is also a really wonderful way for step-parents to show their love and commitment to a child or children of their partner. At a recent ceremony, the groom wrote a letter to his step-daughter explaining how happy he was to be her friend and how much her loved her mother and could not wait for her to become his wife and how much he wanted them to be a family. He ended his letter with a pledge to be there for her if ever she needed him for anything and to respect and support her throughout her life. It was a truly beautiful way of acknowledging his step-daughter and welcoming her into a new family unit. This could also apply to parents who would like to declare their love and commitment to their own children. During the ceremony, each parent could say a few words about their children and re-iterate how the ceremony is not just the official union of them as a couple, but also an official declaration of them as a whole family.

For older children who are perhaps playing a role in their mum or dad’s second marriage, there are many great ways for them to be involved. I have seen teenaged boys giving away their mothers and teenaged daughters being the father’s best woman. Hearing a best woman speech written by the groom’s daughter not only filled the room with much laughter but tears too. Older children may also have the confidence to perform a reading or a speech, which will not only come from heart but will come from a unique perspective too. I have also been at weddings where teenage/adult children have played a lovely song on the guitar for the start of the ceremony and even a brother and sister who sang during their mother’s wedding ceremony. How many people can say they were present at their parent’s wedding and that they had such an important role? And what a lovely thing to be able to say this too.

It is good to remember that a child’s wishes should be respected too. It may well be that they do not want a big part during the proceedings and prefer to have a simple role, such as being a flower girl, brides maid, or usher. Or to be involved with wedding designs, helping to choose stationery, the dress, dad’s suit, their own wedding dress too. A role that is significant but perhaps does not carry any pressure with it or entail any public speaking! Every child is different and so it is always best to talk to them about it to find out what their thoughts are. Discussing wedding plans are also a brilliant way of making children feel like there involved in the special day. So even if your child decides they do not want to do their best theatrical rendition of a Shakespeare sonnet, at least they will feel that their contribution, whatever it turns out to be, is just as valuable.

How will you be including your children in your ceremony? Do share! I’d love to know.