Sharing your love story during your ceremony 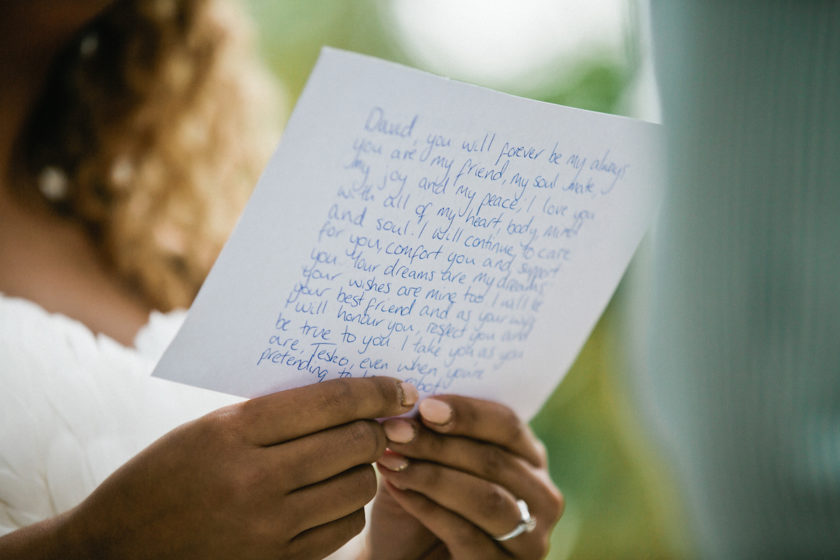 I recently had a ceremony where the couple shared with their guests the story about how they met and fell in love and I’ve got to tell you, it absolutely kicked-ass! Hence, why I am sharing this post with you today, to hopefully inspire you to do something along the same lines!

There are so many reasons why including your love story in your ceremony is such a brilliant thing to do and believe it or not, although some of your friends and family may be all too well aware of how you met and may even have been a witness to the very moment, there will be many who only have a vague idea of how you got together. I mean, how many people really know how you hooked up?

So sharing an actual story of your meeting, is a really fun way to bring some personal background into the ceremony and to share with everyone the ‘real’ story of how you and your love bunny got together, especially if there was a fun/romantic/eventful/crazy/ (delete as appropriate) start to your relationship. 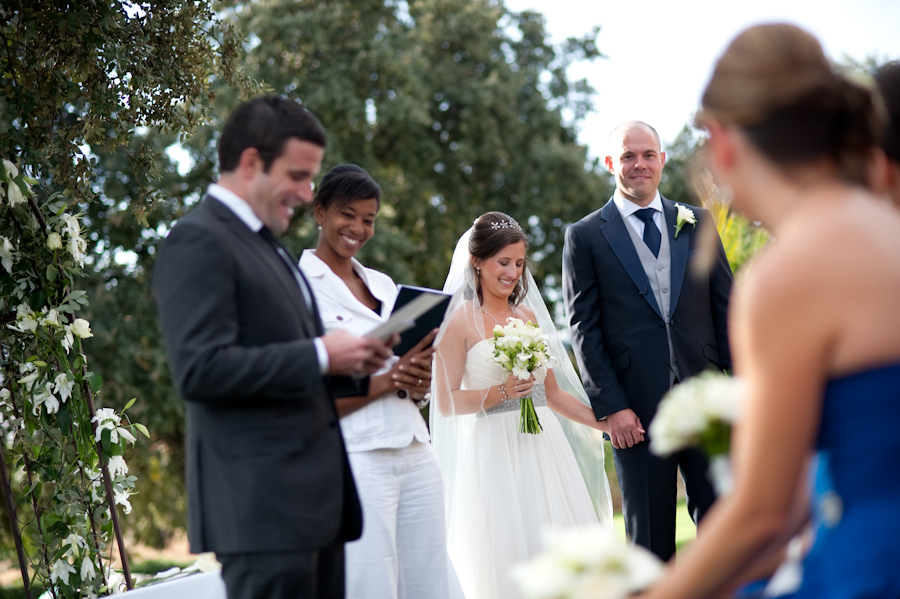 Sharing your love story during your ceremony is such a great way to personalise your ceremony and to add some fun and laughter, too!
Photo courtesy of Jeremy Standley

So we’ve looked at why, so now let’s have a little look at how to incorporate your love story in to your ceremony.

First of all before you even write you story, you should decide who is going to read the story for you, because this will help you to decide, how you are going to write it! Probably the most straight forward way is to write the story as though you were writing about two characters in a book. This way you can then have some one read it out for you.

‘Cameron and Benji met on a cold, wet night in December. Cameron wasn’t feeling well and decided to go to the pharmacy to get some painkillers. Benji pushed into the queue where she was waiting and she decided to have a word with him…’

Some couples however, like to write their story from their point of view ‘We meet on a cold winter’s night, and he said to me…’ You can still have a friend read this for you or even read it yourselves if you feel brave enough.

This is the love story written by a couple whose wedding I officiated recently. They asked me to read it out for them on their behalf and it was such a joy to do so and also for me, a really nice way of knowing more about them in more detail!

George and Amal met each other in August 2002 at Pathé cinema in town. Amal had just started to work there, while George  had just handed in his notice. But Amal caught his attention, which is why, he decided to go to one last staff party that same week, where Amal and George got to know each other better. Amal was taken to the party by her father, so she had no way of getting home. So, George offered his help to drive her home. He told Amal that he was staying at his brother’s house, to look after the pets, whilst they were away.  In his flashy Fiat Coupé he tried to be the cool dude, and drove through the woods a bit too fast, where they skidded and slid once or twice. Amal feared for her life, instead of being impressed. By the time they arrived at Amal’s house, they both got out of the car, George maybe expecting “something” to thank him, but instead Amal only wished him goodnight, and went inside. Nevertheless, George still went to Pathé cinema many times after this day, and just 3 weeks later, on 14th of September, he did get his first kiss, at 01:40 at night at the bicycle-parking just outside of the cinema.

Ten years later, on the 14th of September of 2012, after Amal and George just arrived back from a holiday in Turkey, standing in the middle of the night at the luggage belt in the airport, at exactly 01:40 hrs: George proposed to Amal in quiet. Nobody noticed (Amal didn’t wanted it to be noticed), and he had no ring.

And now we are here, getting married!

So if, you’re one step closer to including your love story in your ceremony here are some handy tips to point you in the right direction.

So there you have it. Are you feeling inspired to get your love story down on paper? Go on, go for it! It will be ace!

How to include a friends’ and family vow in your ceremony

How to conduct an awesome ceremony for a friend or relative

How to incorporate love letters into your wedding ceremony