Why the ‘first look’ rocks! 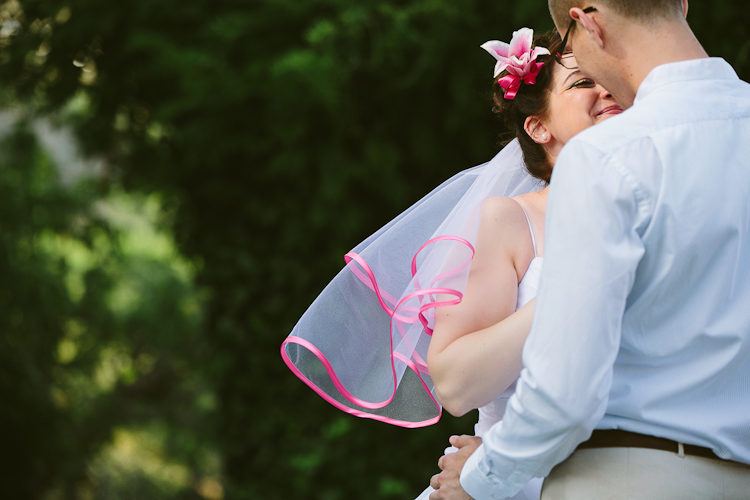 Up until a few years ago, until I married the first of many Dutch couples to come, I had no idea what the ‘first look’ was. The first look, if you don’t already know, is a huge part of Dutch/Belgian wedding tradition.

I did not know.

When the couple in question told me that before the ceremony they were going to have their ‘first look’, I’m not sure if I was successful in appearing to know what they were talking about, but I do remember trying very hard to look like I did. In my mind, I was thinking, ‘a first look at what?’ Their honeymoon tickets? Their new house? Each other’s body parts? I really had no idea.

The ‘no see’ rule

The first look concept may feel a bit odd to the traditionalists. But when you delve deeper into why grooms didn’t traditionally see their brides before the ceremony, you may think twice!

Once upon a time, in those olden days where few people married for love, in the times when marriages were based on financial or business transactions, or arranged by families for the future good of their dynasties, brides and grooms did not see each other until their ceremony.

There was no need for them to see each other beforehand (because their partnership had already been arranged) and so the ceremony was deemed the most appropriate time. And of course doing it this way meant that no-one could protest when faced with a face that they wished they weren’t!

And so we got stuck with this tradition. And you know how I feel about (some) traditions. It is however, still fairly common that on the day of their wedding, most couples see each other for the first time during the ceremony, which of course is cool, if that’s how you want to do it. And of course, most couples treat this element as the surprise that it is, rather than the business transaction that it once was!

But now, more and more people are coming around to the idea of a first look, something which the Dutch and Belgians have been doing for donkeys years. Traditionally,  Dutch grooms knocked on the door of their bride on the morning of their wedding day to present them with their bouquet and get their first look in. Ahh!

There really is nothing quite like that first look before your ceremony, on what will be one of the biggest days of your lives as a couple! Photo by Andreas Holm

Be one of the first look folk

There is so much to love about the first look. For starters,

It’s romantic. Well, it just is, isn’t it? It’s almost like going on a first date again. One of you waiting nervously for the other to appear and then when they do, it’s like BOOM! That massive heart-flutter kicks in and tells you all over again, ‘yes, this amazing person is definitely the one for me!’ Love it!

It’s calming. Everyone gets jittery before their ceremony and I mean EVERYONE. Some, are worst than others. So the first look gives you a wonderful chance to see your love bunny before the ceremony and to calm your nerves with him or her alone and not with your hundreds of guests watching you, which let’s face it, can make you a hundred times worse.

It’s a moment of privacy. On your wedding day, you are basically on show for the entire day. After the ceremony is over, you’ll be lucky to have five minutes together without someone other than your love bunny, staring at you, talking to you or admiring your dress/shoes/bouquet. So why not take those five minutes before the ceremony itself to have some alone time. I can think of nothing more lovely than to have a little canoodle and a hug before the ceremony, to wish each other well and to tell each other how happy you are and how much you love each other, right before you tell it to your friends and family. Yes, please.

It’s a great photo op. What better occasion than this but to have an amazing photographer at hand, studiously waiting in the background to take the most wonderful, candid shots of you guys, as you have your first look at each other. I imagine for a photographer as well, it must be pretty damned amazing to be the only person who gets to witness and document such a precious moment between the newlyweds-to-be. 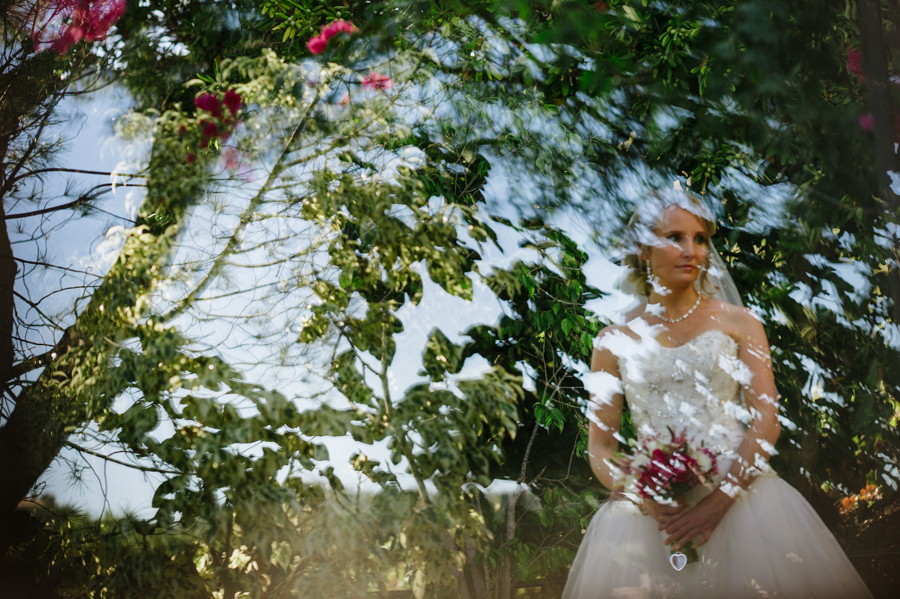 Waiting for your love bunny to appear, is like being on first date, all over again. Photo by Jeremy Standley.

Where your first look takes place is entirely down to you, but seeing that it is going to happen before your wedding ceremony, you need to bear in mind the logistics of it all, and how it will pan out. No one wants to see a bride and groom speeding down the motorway like nut cases, because they’re in danger of both being late for their ceremony! Not a good look!

It could be at a romantic spot that is special to both of you and then you make your way together to your ceremony.

If your marrying inside, it could be in the outdoor grounds of your venue, somewhere private and secluded.

If you’re having a country/stately/manor house wedding, you can scope out an area of the grounds, away from your guests for your first look.

If you’re getting married in a church or a venue in a town, you could have your first look in a lovely quiet street or square and maybe walk together on foot to your ceremony.

It really can be anywhere you want it to be.

Having a first look might also influence your choice about whether for your ceremony you decide to make your entrance together or if you will stick with tradition and have the groom make his entrance first, followed by the bride and her dad or whoever is walking her down the aisle.

It may come as no surprise to you at all that good ol’ me, Mrs Anti-tradition, likes the former option. Of course, I do! I think there is something really special and symbolic about a couple walking down the aisle together, it’s like they’re saying ‘look at us, we’re facing the world together.’ 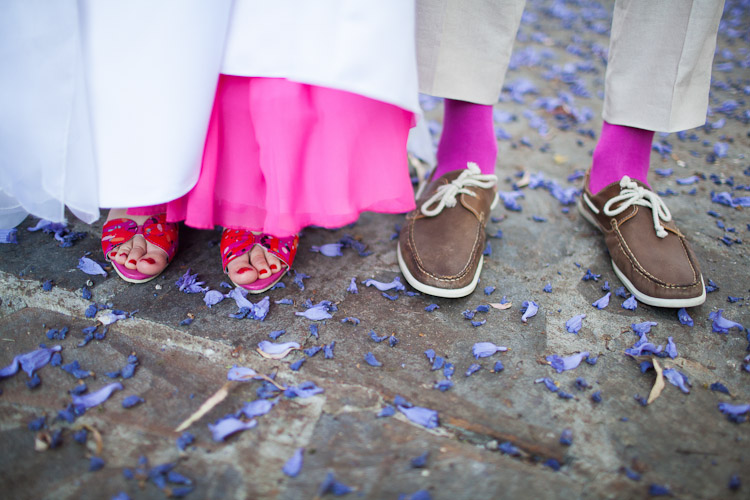 A first look, gives you the chance to take a breather, calm down, have a canoodle and be in awe of how great you both look. Photo by Andreas Holm.

What happens during the first look?

Well, the answer to that really, which also happens to be one of my standard answers for everything is ‘whatever the hell you like!’ Bar having sex of course, that may be a little awkward for your photographer. But in all seriousness, there aren’t really any rules and if there were I’d encourage you to break them anyway, as you know how I feel about wedding rules!

As most first looks are now also photographed, you will want to discuss with your photographer what you want out of the session and they will of course have some great suggestions for some nice shots too, which will dictate how you choose to spend some of the time.

And when you’re relaxed, refreshed and your ready to go public, your peeps will be waiting to welcome you and will enjoy seeing you declaring your love and commitment to each other. And you will enjoy doing it, too, even more so!

Would you get ready together on your wedding day?