To change or not to change; It’s all in the name 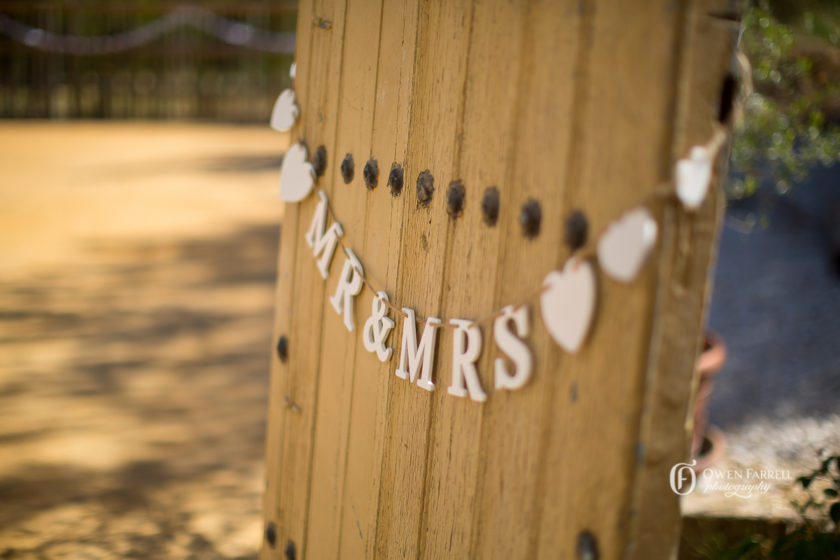 Not only did British lawyer Amal Alamuddin make the headlines recently for marrying one of the world’s most eligible bachelors in THAT amazing Oscar de la Renta dress, but she also came back into the headlines for changing her name to become Mrs Amal Clooney. I was surprised, I must admit. I thought that being a professional woman who had spent much time building up her career under her own name, it surprised me that should would change it on getting married. So of course this got me thinking, which naturally lead me to a new post, as much of my thinking tends to do!

Let me just put it on the record that I do believe that changing one’s name is a 100% personal choice. There is no right or wrong, there is simply one’s preference to do what feels right for them. But hey don’t get me wrong. I still have a hell of a lot of opinions on why it wasn’t right for me!

I never changed my name when I got married. I would love to say that some strong, deep-rooted feminist sentiments made me choose not to, but that would be a lie. Honestly, I couldn’t be bothered to change what felt like my million and one bank cards, ID cards and passport etc. Maybe this was also influenced by the fact that I got married when we lived in Mexico and could not face their well known bureaucracy, the major hassle of getting all my British documents changed whilst living abroad and the not so amazing Mexican postal system.

However, as time has moved on I LOVE the fact that I’ve not changed my name. I like my name. I’ve had it since I was born. It represents every fibre of me and I love the way it all fits together. I do not dislike my husband’s surname, but I do have a very strong feeling that taking his name, would make a teeny weeny bit of me, stop being me. Yes, I know, this does kind of sound ridiculous. But it is how I feel. AND personally, to get a bit political, I don’t like the patriarchal idea of a woman taking her husband’s name, especially when she doesn’t need or want to. So there.

I’m sure many women who change their name, don’t even bat an eyelid over it. I’m sure that it is very easy for one day to have one name and the next day to be called another. I just can’t imagine that for me. I don’t know why, but I still get surprised when a few days or weeks after a ceremony, a bride might email me to say thank you and I see that her name has changed already. Sweet, really but I still feel shocked at how quickly she’s shed her old name!

One of my friend’s who changed her name, very honestly said the reason why she did it was because she loved her husband’s name more than her own and was really looking forward to having a change. I guess that is a good reason as any and I totally respect her ease with which she was able to do it and not be troubled by it. Ultimately, I know that you are who you are, whatever your name is, but I still can’t help feeling I would not be 100% me without being known by my birth name.

Two of our really good friends had the great idea of combining their names together, which I think is brilliant. Again, not right for me, because I don’t really see myself as a double-barrelled type of person but I love that they have. I  also love what the writer, formerly known as Dawn Porter did. She took the ‘O’ of her husband Chris O’Dowd’s name and now is Dawn O’Porter. That’s kind of cool, isn’t it?

Many people told me that once I had a child, that would make me change my way of thinking, as I would want us all to have the same surname. Nope. Can’t say it has. My son has my husband’s surname. Maybe I could have let him have my surname too but he has three really long first and middle names, so I didn’t wanted to burden him with two surnames too. I don’t think royalty even have that many names ha ha! But to honest, I’m really not bothered. He’s my son. I gave birth to him and I know he’s mine without having to label him as such. My darling friend in the US, who kept her own name after marriage has given their baby her surname. Yup, I love that, too.

I’ve just had a moment in my life where I could have changed my surname. A get out of jail for free card, if you will! My ten year passport recently expired, so I had to send it away for a new one. I tell you, I really felt totally non-existent not having any form of national ID to prove who I was (a driving licence doesn’t count!) and I can’t tell you how good it felt to get my new passport back and so I sent my husband a what’s app image of my new-look passport. He was surprised that I’d not taken the opportunity to change my name, so we’d all have the same name. I honestly, did not even think about it and I felt a little bad that he had! When we got married, he could have changed his name to mine but he didn’t want to either!

So as I said earlier, there are no right and wrongs. It really is about what suits you and feels right for you. I will let my mum and dad keeping sending me stuff to a name that isn’t mine, because that’s the kind of thing that parents do and it sure does make them feel better!

So what are you going to do? Are you going to change your name? Mesh them together? Or stay as you are? As always, I’d love to know. Do share in the comments below.

If you love the blog and all that Engaged and Read

If people can't see your teeth on your wedding day