The five most sexist wedding traditions ever (according to moi!) 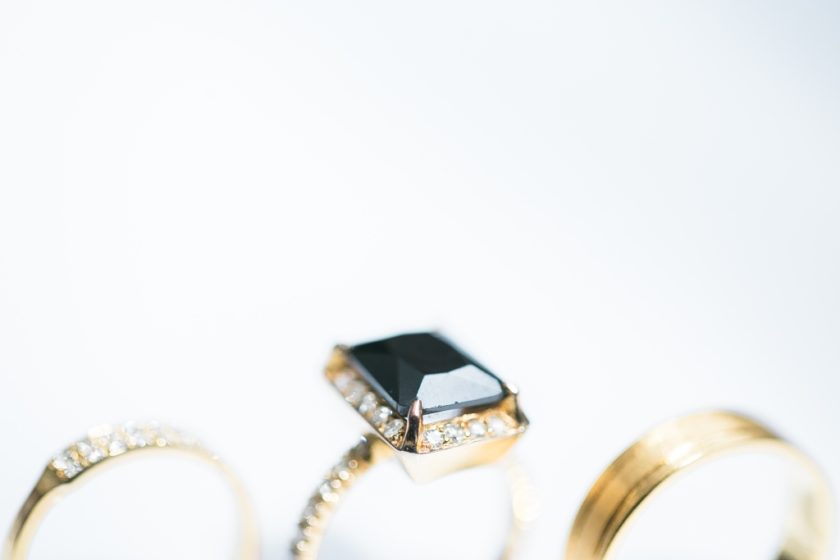 Now, if you’ve been hanging out on this blog for long, you will now that I have a love-hate relationship with wedding traditions. I don’t have a blanket hatred for them all, on the contrary, there’s some that I actually like and think are very sweet.

I just think that before couples jump in and carry out all manner of traditions on their wedding day, they should a) have an understanding of where the tradition stems from and b) understand what the tradition actually means or represents. And if then you still both love the tradition, then knock yourself out and have as many of them as you like on your big day.

The thing that bugs me about wedding traditions is that some of them are so entwined with wedding day proceedings that sometimes couples think they are wedding pre-requisites, things that you have to have to make your wedding day proper, or in some cases, legal!

I cannot even tell you the number of times that I have been at a wedding when say, the bride walked in with both her mum and dad or just her mum and afterwards people have said to me,’wow, I didn’t know that was allowed!’ Of course, it’s bloody allowed. But that’s the thing with some traditions, they’ve been included in the wedding process for so long, people just assume they are a fully fledged part of the process, like there is no choice in the matter.

Anyway, going back to my point about wedding traditions that I do hate and which drive me crazy, I thought I’d share with you the ones that do! As with anything, these are just my own personal pet hates, which I fully accept that some people love and may be excited to include in their wedding proceedings, and if that’s the case, good for you, because as I always say do as you please. But I’m gonna share the ones I hate nonetheless. 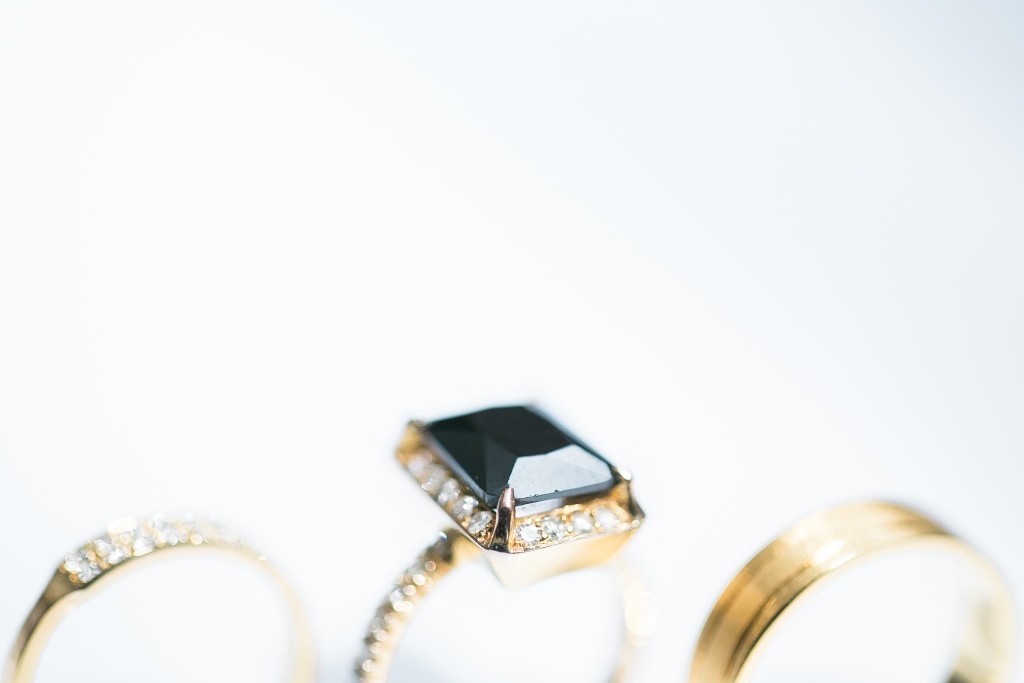 That only women wear engagement rings

Some friends of ours got engaged recently and I was mightily surprised and really really pleased (I might’ve even done a fist pump) to see on their Facebook post that they were both sporting engagement rings. Double whoop! Even if an engagement is a surprise and one person does the proposing, I still don’t think there is any reason why both partners can’t wear an engagement ring.

If we look back at the history of engagements rings, as with most elements of the wedding process, it relates to ownership. When a women wore an engagement ring, it was to show the world and possibly anyone else that might be interested in her, that she was promised to someone else. Bit like a car that you’ve bought, that’s got a reserved sign on it, whilst it waits for you to come and collect it! You may laugh, but seriously it’s not much different.

In this day and age, I think we can safely say that one person is not promising themselves to another, but in fact both people in the couple are promising themselves to each other. I know of course, that nowadays if only a women wears an engagement ring that the couple are using that one ring to imply that they are both engaged, but why not both have a ring to keep things nice and equal (and less exist), so that the world also knows that the other person in the relationship is engaged to be married! So that what the couple are in fact saying is, ‘we’re engaged to be married,’ instead of ‘I’m engaged to marry him.’ Just saying!

That only men propose

Leading on from engagement rings, I just wanted to touch on the whole proposal business, another tradition that drives me slightly mad. Why is it that proposals are still seen as a male domain, where women have to sit and patiently wait for the male partner to propose to them, or for the brave ones, to wait for the leap year for when traditions says it’s okay for them to propose. ie It’s a bit odd on any other day, but this day makes it okay!!!

I had a wedding last week (my last one of the season) where the groom spoke about how happy he was that his new wife had proposed to him. How it was something that he really wanted but that he didn’t know how to go about doing it or where to start and how he was so happy just to be able to say ‘yes.’

If you’re in a loving, committed relationship and you know that your futures are entwined and that you are another’s futures, then don’t wait to be asked. Ask! We need to rip up this sexist tradition that only men do the asking. Anyone with a mouth, can ask what they want to be asked, right?

And I do really hate this notion that a woman is perpetually ready for marriage and dying to be asked to be married but wait for their man to ask because this is a sure sign that he is ready. That is B.S. You know when you’re both ready. You do. So stop waiting and just do it. 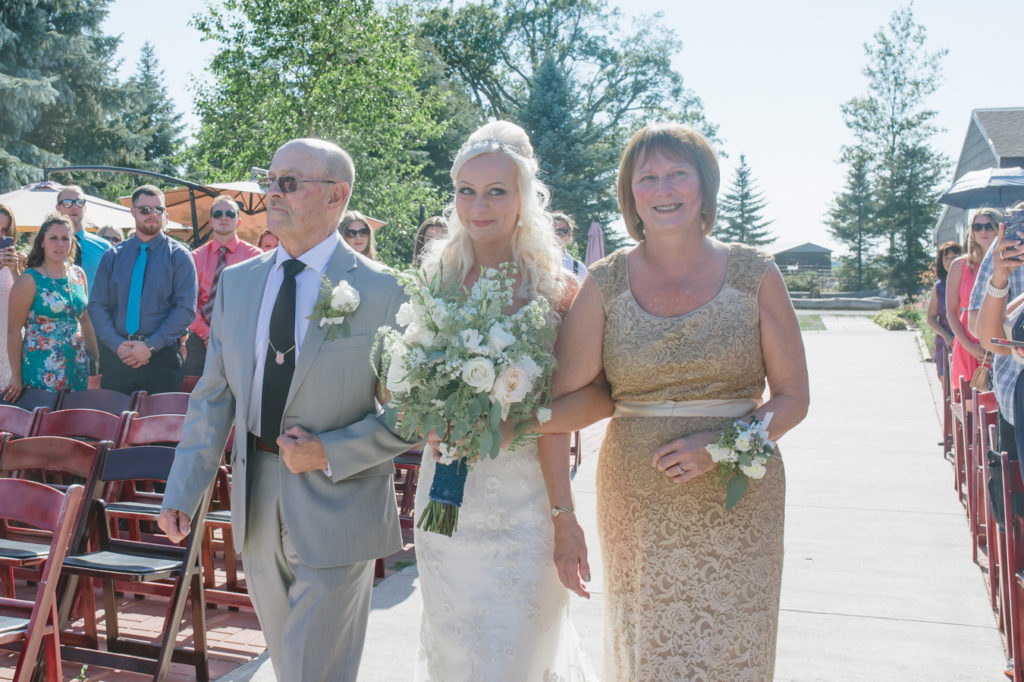 That only dads walk their daughters down the aisle

This is one tradition that I’ve probably trashed the most in the past, being that it is one that I have written about over and over! I am not anti fathers walking their daughters down the aisle, but what I am anti is the thought process that makes couples think that this is the only option. It isn’t. We cannot deny that this tradition isn’t steeped in sexism and full of patriarchal ownership, nor can I deny that this is not why dads walk their daughters down the aisle nowadays! But I do believe that whilst some brides want to reserve this special role for this special man in their life, there is also no reason why the special people ie one’s mum and dad, cannot both be honoured together. Or if that’s not your thing, how about walking down the aisle by yourself? Check out this post that I’ve written on ways to walk down the aisle for some more inspiration.

That women toss their bouquet

I would love to have been able to capture the look on my face, the last time that I was single and at a wedding and the DJ called for all the single ladies to gather together on the dance floor for the throwing of the bouquet. I was wearing one of my ‘I am not amused,’ faces. A face that said ‘Are you kidding me? Is this shit for real?’ Yes, Natasha, ‘it’s for real.’ There were women who had taken off their shoes and others who had their dresses hitched up, ready for the attack. O.M.G.

I know that for most people the throwing of the bouquet is a bit of fun. I hear that. I do. But then, if people are going to include it on their wedding day, why not invite all of the men to join in too? Why does it have to be this really odd, one-sided gameshow that only the women get to be a part of. The single woman, at that! On the premise that catching the bouquet means you’ll be next to be married. Well, obviously it does not.

I don’t know, may be I’m being super pernickety about it all, but that is how I feel and how I’ve always felt. For me, this tradition needs to be archived on a shelf, consigned to the history books as this sweet little tradition that used to happen in the days gone by. If people, want games at their wedding, those huge Jenga sets and lawn croquet look good fun, neither of which are sexist or likely to cause offense and both have just enough good old humiliation in the form of winning and losing and nothing else!

When only men do speeches

Again, more sexist twaddle which I am so pleased to say is becoming less and less of a rigid wedding rule. More brides are speaking on their wedding day, as are female representatives in their lives; maids of honours, bridesmaids, mums or friends.

I am gutted that I never did a speech on my wedding day, because you know how much I love talking, right? But like the good wifey, I went along with my husband’s idea to keep the speeches inline with tradition. My husband’s speech, his best man’s speech and my dad’s speech were all brilliant. But I feel I could have added a different spin to things and I would have really liked to talk about my husband from my point of view.

I think if a bride wants to have a say on her wedding day, then she bloody well should and tradition really shouldn’t dictate this, and anyone else who you want to speak on your behalf should also have the chance to say something too.

So that’s me, and all my wedding tradition pet hates, under one roof. Please do remember this is written by me about how I feel, and not about you and how you should feel. If you love these traditions, then help yourself to them and include them on your day!

Are there any traditions that you hate? That you think are bizarre and odd or really really old-fashioned? I’d love to know. Or are you thinking about creating your own elements and putting your own unique spin on traditions?